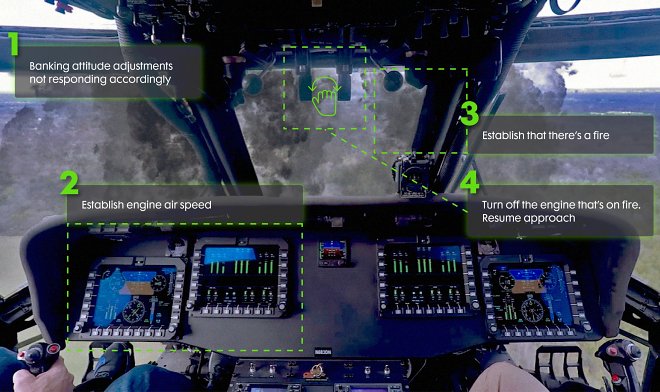 DARPA has contracted Nortrop Grumman and the University of Central Florida to develop an AI-powered VR headset designed to train combat helicopter pilots in emergency procedures.

Unlike civil aircraft pilots, who perform essentially control functions in flight, military pilots have to operate in a constantly changing and often extreme environment, respond to many different signals and commands.

One of the sections of the DARPA program involves the creation of a prototype of an intuitive assistant for training context-adaptive thinking (OCARINA). It is being developed as a UH-60 Blackhawk helicopter pilot simulator. As you know, they have to act at any time of the day, in any weather and in any flight situations, orienting themselves with the help of instruments, and sometimes only visually.

The simulator broadcasts the “picture” that the pilot usually sees in flight. It is complemented by an advanced information processing system and an augmented reality interface in a VR headset. Through it, pilots will be able to keep in touch, exchange commands, text messages and talk to each other, as in real life. environment.