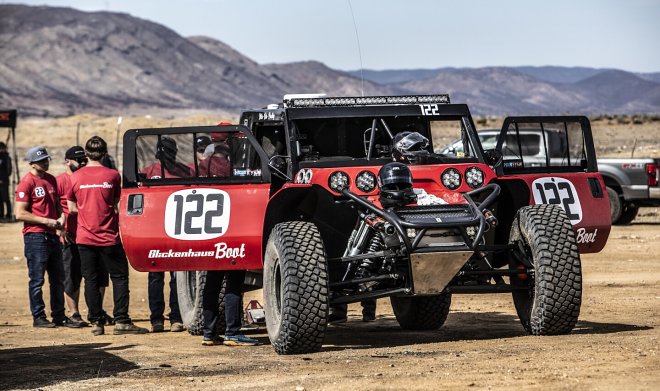 Startup Scuderia Cameron Glickenhaus (USA) has introduced the first Boot fuel cell SUV with zero carbon emissions, for which, instead of compressed hydrogen, it uses liquefied cryogenic hydrogen as fuel. SCG intends to test its offspring during the Baja 1000 desert race.

To accommodate a large fuel tank, the designers had to work hard on the design of the SUV. So, the spare wheel usually located behind was installed in place of the hood, and the headlights were at the very edge of the windshield. The liquefied hydrogen tank is located on the back of the platform and is rigidly fixed with special fasteners.

The company explains its decision to use liquefied hydrogen by the desire to implement new ideas focused on extreme racing in off-road conditions.

Liquefied hydrogen has a number of advantages, such as an excellent energy density of 120 MJ/kg. For gasoline, this figure is only 44 MJ / kg. Lithium-ion batteries generally look like complete outsiders with 1 MJ/kg. According to the SCG, the fuel supply should be enough for the entire race, that is, almost 2000 km. 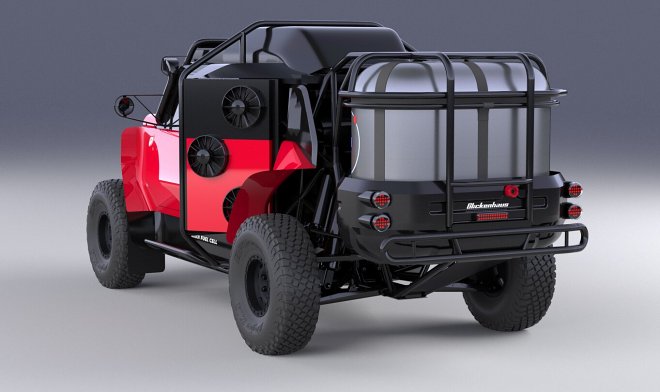 An undoubted disadvantage: such fuel should be stored at a temperature of -253 ° C, which can only be achieved in large-sized stationary tanks. To this should be added the high fire hazard of liquefied hydrogen, as well as energy losses during liquefaction and boiling off during storage, which, in fact, “cuts off” small cars and vehicles from this fuel. In addition, the introduction of such fuel will most likely require a network of specialized gas stations.

Specifications of the hydrogen racing SUV are not yet known. 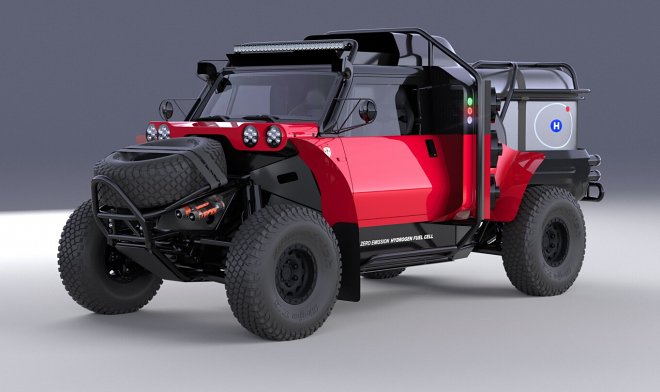