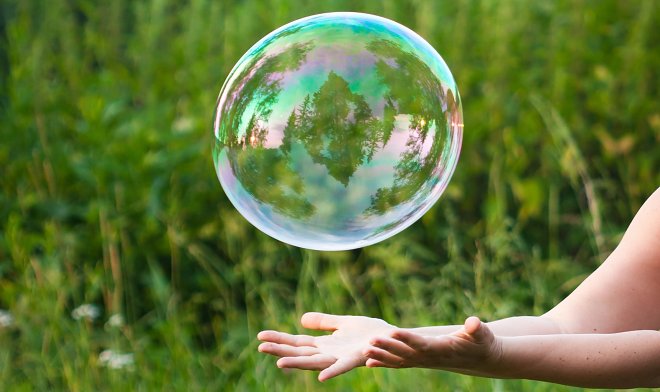 French researchers from the University of Lille set an unusual record – the soap bubble they created lasted safe and sound for more than a year. At the same time, they also experimentally proved that ordinary bubbles from children’s play sets exist for no more than one minute. The secret to a long-lasting bubble is the use of microplastics and glycerin to correct two fundamental flaws.

Physicists have long figured out how soap bubbles work and why they burst. The whole problem is in the water, which prevails in the foam, since water tends to evaporate. Therefore, even in a state of complete rest, the bubble will dry out so much after a while that its shell will simply disappear. In addition, the water in the shell is in a mobile state – in fact, it is a layer of H2O molecules between the outer and inner layers of soap. Under the influence of gravity, water flows down and pushes through the shell with its mass – many have seen it themselves.

The solution was proposed back in 2015, when microparticles of plastic were added to the soap solution. This results in a thick and durable film, so that the bubbles turn into “gas balls” that can be rolled and thrown. French scientists went further and added glycerin to the solution, which absorbs water from the air, compensating for the evaporation of the liquid. And the life of soap bubbles immediately increased to weeks and months, and one particularly stable bubble lasted 465 days.