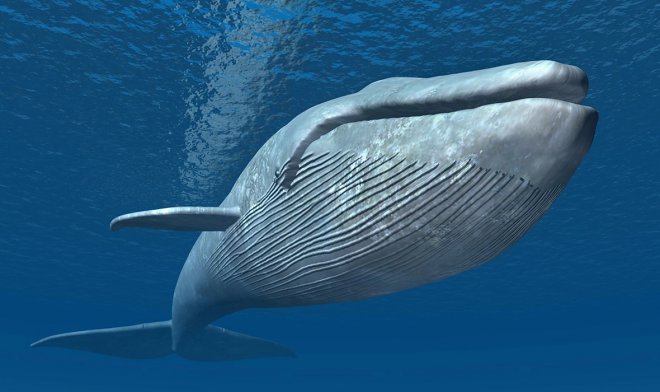 Lunge feeding is an evolutionary strategy used by some whales, like humpbacks and blue whales, when they charge towards a huge prey pod and scoop up as much food as they can into a giant mouth. Of course, in the process, a lot of excess water enters the body, which the whales filter back through the whalebone. But how they accomplish this feat without flooding their lungs and intestines with water has been a mystery until now. Unfortunately, the anatomy of whales is still a rather obscure topic, since dissections of these mammals are carried out very infrequently.

Researchers recently discovered a fleshy organ deep in the fin whale’s mouth that acts like a plug. When a whale inhales, it sits below the tongue, allowing air to pass from the nostrils to the lungs, preventing anything from entering the mouth. When swallowing occurs, the plug moves up and back, blocking the air passages and opening the way from the mouth to the esophagus. The cartilaginous structure closes the entrance to the larynx and lungs, preventing food or water from entering the lower respiratory tract. 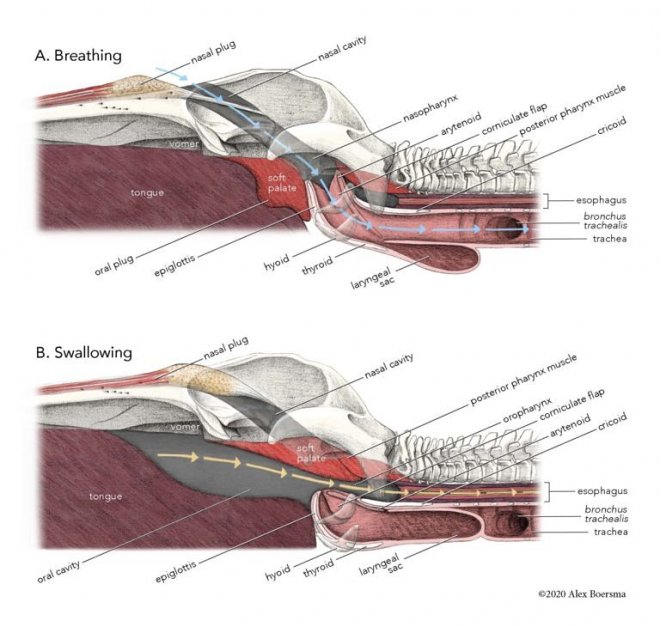 “There is no such mechanism in any other known animal and it has not been described in the literature,” said study lead author Kelsey Gil. “Most of our knowledge about whales and dolphins comes from toothed whales, which have completely separate respiratory and esophageal tracts, so we made similar assumptions about swoop-feeding species.”

This feature of the anatomy helped whales become the largest animals on the planet. Massive attacks on swarms of krill are the only way to feed a huge organism, which would be impossible without the described physiological fixtures.